For the Gold: Three Sports Facilities that Deserve a Medal

The Olympic events attract the finest athletes in the world, and they also attract some of the most forward thinking, talented architects and designers. That’s why we watch.

That got us thinking about some of our own projects. We are proud of all our sports facilities, but if we had to choose three for the podium, there are some clear medal winners in no particular order. 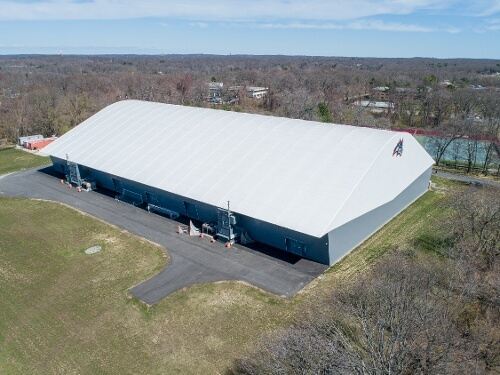 Stony Brook University wanted an indoor football practice field house, and we really stuck the landing with this project. The landing, in this case, was a very specific footprint that we needed to fit their field house into. It also had to fit in with the rest of the sports buildings on campus in terms of aesthetics. An off-the-shelf fabric building wouldn’t work. Legacy’s designers worked with the architect to create the building he had envisioned.

Adam McLeod is the Associate AD for Facilities, Operations, and Capital Planning for Stony Brook. He said, “You guys were able to meet the needs of our architect, and he wanted a little different looking project than some of the builds you do. Just the way it cantilevers out and the way it connects is unique.”

The field house we built for Stony Brook was a first for us. Typically, our solid steel I-beams are straight on the outside and, as they get taller and thicker, the inside of the beam tapers inward. This building used inverted legs, so they were straight on the inside and tapered outwards on the exterior edge. In addition to the legs, the peak was rounded and the building had to be attached to a brick and mortar structure. If the judges were looking at this, just in terms of difficulty, we think it would earn us a gold. 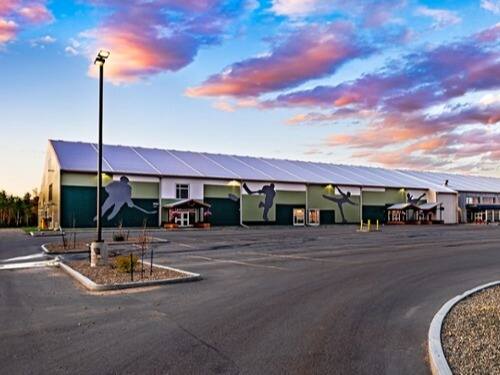 Fox Creek Multiplex is a lot like the Decathlon. It’s a lot of different sports all under one roof (Ok, maybe two). It consists of one large building, which is actually three separate structures linked together, each providing its own unique challenge. That building contains:

Fox Creek initially found Legacy because they had a long list of wants and still not enough budget to get what the town wanted. They shifted their attention from traditional buildings to fabric structures, and they found we could deliver what they wanted within the budget they were allocated. “The building allowed us to get everything we wanted for the price we could afford,” said the chief administrator for Fox Creek.

From a design perspective, said Legacy’s General Manager Nathan Stobbe, this project had it all: mezzanines, second floors, walking tracks, dressing rooms, a restaurant, offices, a daycare center and community meeting rooms. “There isn’t anything like that in northern Alberta. To have a facility like that is absolutely amazing,” he said. 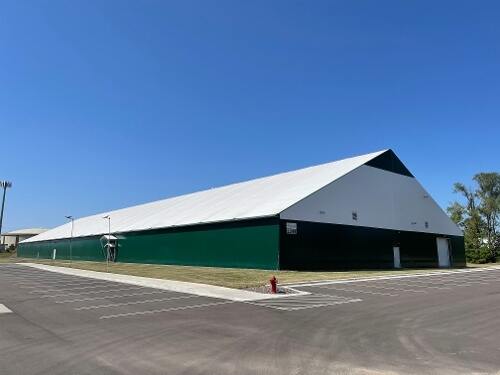 One of our most recent projects is Ultimate Tennis in Rogers, MN. It’s a beautiful structure, engineered for the cold and snow of a typical Minnesota winter. This tennis facility features seven indoor courts, a pro shop and lockers. In the middle of the building, we installed a mezzanine that allows spectators to view matches on both sides of the tennis facility. The mezzanine also hosts a yoga room.

In terms of sports facilities, Legacy has done a lot of world class projects, and they all deserve a medal in our opinion. The real reward comes when athletes can practice their sports inside, unaffected by the weather outside. That inspires us. When building owners get exactly what they want, we know it’s because of the hard work of our designers, our engineering team, our fabricators and our installers. That’s Team Legacy.